Sam Joseph of StreetVet has grown a project that started out with chatting to rough sleepers about their dogs, into a programme that operates in 15 British cities and has a volunteer army of 450. 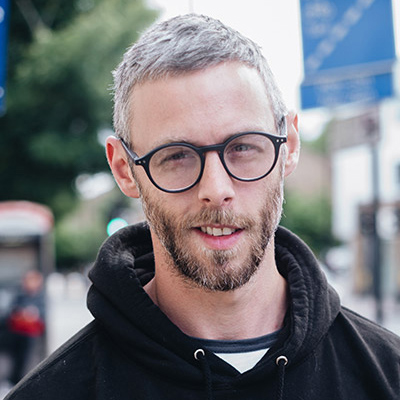 Sam might not have taken the most traditional route into veterinary practice, but the co-founder of StreetVet has found that charity outreach with homeless dog-owners has allowed him to focus on the absolute fundamentals of vet work.

“It strips everything back. I love it and our volunteers love it because it is going back to the fundamentals: being a vet without worrying about finances or insurance, for people who really appreciate our input and whose animals are genuinely in need. Our volunteers use their skillset, which I think is something that vets take for granted. It takes a long time to develop a skillset like ours and it’s a valuable thing. And, if you can spend an hour offering that skillset to someone who’s in need of it and values the input, that is a really nice thing.”

StreetVet began for Sam after graduating from Bristol vet school when he started talking to homeless people in Camden about their pets and then going out with a backpack and a stethoscope and doing what he could for animals in need. He teamed up with Streets Kitchen, which feeds 1,000 people in London each week and which gave Sam a way into a group who are, understandably, not always the most trusting towards strangers.

“I’ve just tried to lead by example. Trying to do things properly, and trying to be as genuine as you can with people.”

Sam began by offering basic services like flea treatments and worming, with microchipping and vaccinations coming later, as well as registering people and their pets and keeping records for drug administration. He explained that, while there were already charities offering pet care to homeless people, some of them ask for proof that people are receiving benefits, which can be problematic for pet owners who have no address.

Sam added: “There are also psychological barriers for some people. There are so many reasons that people sleep rough, but a lot of the time they find it very difficult to function in a ‘normal’ setting, in busy places or in official-seeming places. I found loads of people who really wanted care for their dogs but were put off from going.”

By coincidence, it turned out that another vet, Jade Statt, was piloting a similar programme in another part of the city, and doing it under the same StreetVet name. Happily, they teamed up, and today are the brains and heart behind an organisation that treats hundreds of pets a year. Goddard Veterinary Group offer them five free procedures each month, and they also benefit from pro bono partnerships with Medivet and Vets4Pets.

“I really just wanted to be able to have an hour-long chat with someone and for them to go away feeling a lot more confident that their dog is healthy. The bond that some of these people have with their dogs: they are hugely dependent on each other and these are amazing relationships. I just could see that there was a service that needed to be provided.”

Sam said that growing social media presence propelled them to “win a competition through Animal Friends Insurance company with a £100,000 prize that will keep us going for a while and means we can pay for something if we need to.” They have worked on some amazing cases, including Mick and his dog Bell, a Staffie who was found in a bin and was later hit by a train – but miraculously survived, albeit minus an eye and a leg, thanks to StreetVet.

Jade remains as CEO, while Sam is a trustee, watching with pride as something he set in motion takes flight, but also needing to take time for his day job. Having done a zoology degree and worked in London Zoo as a reptile keeper, he started at Bristol vet school aged 24 and now works in Highgate for Village Vet. Standards there are high, and in contrast to the StreetVet client group, many clients have the money or the insurance to pay for premium services.

“People are saying there are double the numbers of people on the streets since 2010, which is pretty shocking,” he said. “I think StreetVet is a way to build a community feel, starting with professionals who are based on the high street, to try to bridge the gap between people who would never cross paths otherwise. Because that divide in society is becoming wider.”

Sam laughed off questions about leadership, and said: “I feel I’m a bit of an impostor if you ask me that. I suppose I’ve just tried to lead by example. Trying to do things properly, and trying to be as genuine as you can with people. I didn’t go into this with any preconceptions of why people sleep rough or cynicism about who they are.

“I really just wanted to be able to have an hour-long chat with someone and for them to go away feeling a lot more confident that their dog is healthy. The bond that some of these people have with their dogs: they are hugely dependent on each other and these are amazing relationships. I just could see that there was a service that needed to be provided.”

Watch Sam give an overview of what leadership means to him in this 1-minute video: