Professor Joanna Price has combined academic rigour with a passionate belief in the essential leadership quality of vision, that has taken the learning from her veterinary and research career, into a role beyond clinical practice as Vice-Chancellor of the Royal Agricultural University. 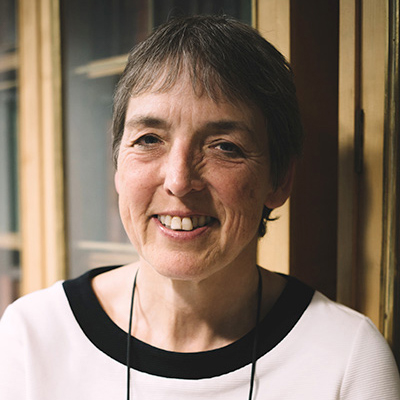 “I grew up on a smallholding in Pembrokeshire and graduated in 1983 after doing an intercalated degree in anatomical science during my veterinary course at the University of Bristol. From that, I was already quite interested in thinking about research. The vets were taught with the medics and we had a number of very research-active vets who were working in biomedicine. My tutor, Alastair Summerlee, was a very well-known neuroscientist, and he encouraged me to think about careers beyond practice. I think my role models were a bit different to other people’s, and that influenced my career choices later on.”

Those career choices included initially going into equine practice working for Peter Scott Dunn – vet to Her Majesty the Queen – from whom Jo learned that there is an art as well as science to the work of a vet, as well as a duty of service to the community. She then moved to Singapore, working in a small animal practice where she was wowed by the quality of the kit and level of innovation, and moved back to Bristol to teach anatomy, with thoughts of undertaking a PhD.

“I believe that academic leaders have a responsibility to encourage young people to think outside the box, to constructively challenge and have self-belief.”

“I was strongly advised by Professor Bridget Ogilvie who was the then-director of the Wellcome Trust, that I needed to move away from vet school for a bit and get trained in biomedicine in a really good laboratory.” She was awarded a five-year Wellcome Fellowship for that and did her PhD in Sheffield on bone regeneration in a human osteoporosis lab. After post-doc research, lecturing and teaching, she became head of the basic science department and a professor at the Royal Veterinary College, before returning to Bristol to head up the vet school.

This wide and deep academic experience in both veterinary medicine and the broader scientific fields, now finds her as Vice-Chancellor of the Royal Agricultural University. However, Jo says she did not come from a learning culture, where leadership was explicitly thought about in the way it might be for high-flying young professionals today.

“My son is in the army, and it is great to see him being trained in leadership: he is much more aware of his own leadership characteristics at a much younger age. But nobody talked to us about that: when I was a young person, nobody talked about what sort of leader you might be. We had to learn leadership when we went into leadership roles, just on the hoof.”

But even if people were not actively nurtured as they might be today, the qualities that can go to make up one aspect of leadership might be visible early on in life, Jo believes.

“I think often the characteristics of wanting to shape your environment and lead people can come through quite early. For me, leadership is about having a vision, and then communicating a strategy so that people can actually see the direction of travel that you’re going in. You need resilience as well, and you have to take people with you. And the approach depends on whether the situation demands keeping things steady, or bringing about change.”

In her last two roles, Jo explains, the emphasis has been on taking a new direction rather than continuity.

“At Bristol vet school we had a compelling vision of the direction we wanted to go, and a lot of that was about bringing in the best academic talent. We wanted to recruit a professor of veterinary education to revolutionise the new curriculum, and were able to leverage quite significant resource from the university, and paint a picture to the people we wanted, like Professor Sarah Baillie, to accomplish that. After all, any leader is only as good as the people they recruit.”

“I think often the characteristics of wanting to shape your environment and lead people can come through quite early. For me, leadership is about having a vision, and then communicating a strategy so that people can actually see the direction of travel that you’re going in."

For Jo, leadership problems can arise when values are not aligned between the leadership team and staff, a situation that can be held in tension in the academic world when “the goals and values of academics may not always align with organisational purpose.” And she identifies that sometimes the people who make good leaders don’t necessarily have to be organisationally-minded people who always follow the party line.

“I think some of my characteristics make being a leader harder for me in some contexts, because I was probably never good at taking instructions, even when I was little. I was always: ‘right, we’re going to do this and this’. But you can’t progress science if everybody saw the world through the same lens and you can’t move forward if everyone accepts the status quo. I believe that academic leaders have a responsibility to encourage young people to think outside the box, to constructively challenge and have the self-belief that they can make a real difference.”

Watch Joanna give an overview of what leadership means to her in this 1-minute video: