What links leading a practice and hands-on clinical work? For Richard Artingstall, clinical director at Vale Referrals, it is the ability to deal with ambiguity without being overwhelmed by stress, and to accept that you will have to make decisions with incomplete information. 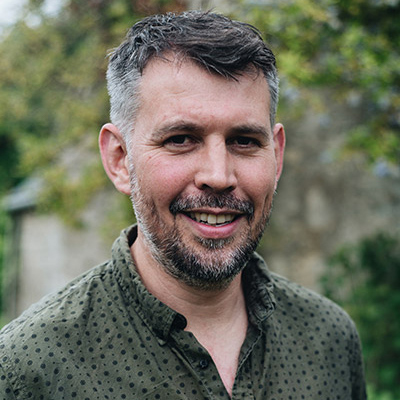 Like many vets and nurses, Richard has had first-hand experience of corporate takeovers. The first, four years ago at their Gloucestershire practice, was, he said, “the most disruptive experience of my professional life. We were told suddenly on a Thursday morning that the business was being sold and it happened overnight.”

The takeover was stressful for senior and junior staff alike, and the culture that emerged in the new business was also problematic. Some felt that the new owners did not communicate as well as they could have done, which had a negative impact on the teams in terms of the anxiety created. This manifested itself in uncertainty and confusion in terms of personnel and team management. It also put pressure on staff as they aimed to provide a continuity of service and clinical care. As clinical director, Richard had plenty of opportunity to experience the challenges of leading a team where your values are not in alignment with those above you.

“Most of the leadership conversations I have through coaching are about how can we lead teams and help them deal with the ambiguity and controlled chaos that we see in vet practice today.”

In fact, the experience was so unsatisfactory that he considered leaving the profession altogether whilst completing his MBA. But, in an exemplary case of working with what you have, he ended up focusing his MBA on organisational change, using the experience to learn and reflect. Two years later the company was taken over again, but this time the experience was much more positive, partly through what the practice learnt from their experience.

Richard noted that one unintended consequence of corporatisation is that flatter structures tend to emerge. “General practice used to be very hierarchical: with one or two partners leading and others only investing time and energy. However, looking at leadership in veterinary practices now, there tends to be a lot more scope for leaders throughout the organisation. I myself will take leadership from many different people, for instance in a clinical setting, often the nurses are more empowered to make clearer decisions around the status of an animal than you are as a surgeon and so you have to listen to their opinion and their insight.”

In a profession where many former certainties are now in flux, Richard believes a major responsibility for the vet leader is in managing change. “The basics of change management are that change can create uncertainty and fear that need to be given proper attention. On an organisational level, you need to be able to adapt to the unpredictability that change generates without getting stressed, and without creating conflict, so you can actually maintain and create a positive culture in the workplace.”

Richard points out that veterinary training can be an excellent preparation for the challenges of managing change. “As a leader who has to take decisions, you almost never have complete knowledge in a situation where there is change, but that is exactly the same as being a clinical vet, it’s just a different problem.”

“The basics of change management are that change can create uncertainty and fear that need to be given proper attention. On an organisational level, you need to be able to adapt to the unpredictability that change generates without getting stressed, and without creating conflict.”

Richard had early exposure to the mindset of accepting and working with clinical challenges: when he was younger, he would shadow his father’s cousin Chris Artingstall, who was the vet for Bristol Zoo. “It was a tremendously exciting place for a young student: orangutans, reptiles, pelicans… what’s not to like? And it was very formative: how can you take a problem with incomplete information and incomplete facilities and adapt clinical medicine to different species. I later worked for Chris and he was unflappable, and I particularly noticed that he had that gift for knowing when to encourage a junior clinician and let you try things, and when to step in and say ‘okay, right, you need to do this like this’.”

Combining that knack for knowing when and how to guide, with the perspective that the MBA gave him, Richard also provides coaching both inside and outside the vet profession. “Most of the leadership conversations I have through coaching are about how can we lead teams and help them deal with the ambiguity and controlled chaos that we see in vet practice today,” he said.

He believes that the ability to reflect and to accept failure and success in equal measure is vital in encouraging teams to develop their own thought processes. “We are not great as a group at opening ourselves up to feedback. Vets and nurses can have a tendency to hear feedback as criticism which can be a weakness in us. Perhaps this is because we are trained and developed to think as professionals that we are expected to know the answers, where in reality this is not always true.”

Watch Richard give an overview of what leadership means to him in this 1-minute video: