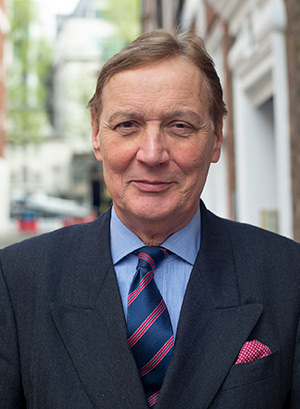 He deputed two barristers to become embedded with the police investigation team into the Ipswich murders, was kept in constant touch with developments and made the charging decision in that case; he advised in a case involving a well known TV actor, advised in the case involving the death of a prominent animal rights campaigner.

Kenneth piloted a number of initiatives nationally including that concerning persistent young offenders and also set up the first ever witness care scheme nationally.

He led high profile enquiries on behalf of the DPP and served as the Chief Crown Prosecutor representative on the DPP’s People Committee.

In parallel with his legal career, Kenneth served as an army reservist. He passed out of the Royal Military Academy Sandhurst and was commissioned. After tours as Troop Commander, Squadron Second in Command, Squadron Command and Regimental Second in Command, in 1999 he was promoted to the rank of Lieutenant Colonel in which capacity he was given command of his Regiment. Kenneth retired from the military in 2010.

Kenneth served eight years as a fitness to practise Chair in conduct and competence proceedings and also as sat as Registrations Appeal Chair. Kenneth is currently a member of the RCVS Case Concerns Group and member of the Preliminary Investigations Group.

He served on the ABF Soldiers’ Charity committee from 2002 until 2014 and also chaired  the Warwickshire branch of SSAFA, ‘The Military Charity’ for five years from 2014 until his retirement from that post in 2019. Kenneth is a Vice President of a Branch of The Royal Regiment of Fusiliers local to where he lives.

Kenneth is married with three grown up daughters and lives in South Warwickshire on the Oxfordshire, Gloucestershire borders.