The RCVS is today (13 September 2019) publishing further details about its plans for a wide-ranging review of its guidance to the veterinary professions on ‘under care’ and out-of-hours emergency cover, including a broad timetable for the review’s three key phases of evidence gathering, policy drafting, and public consultation.

The review, announced earlier this year, was recommended to RCVS Council by its Standards Committee following its lengthy and detailed exploration of the implications of new technologies for both animal health and welfare and veterinary regulation. The main areas under consideration include the provision of 24-hour emergency cover and the interpretation and application of an animal being under the care of a veterinary surgeon. 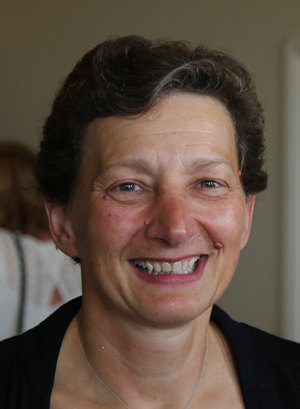 The initial stages of this review had been drafted for Standards Committee to consider at its meeting on 9 September, where the outline timetable was also discussed. Commenting on its significance, Standards Committee Chair Melissa Donald (pictured right), said:

“This is set to become one of our most fundamental reviews of RCVS guidance in recent years.

“Considering the complexity of the issues in question, and their importance to animal owners and the professions alike, it is vital that we allow ourselves enough time to ensure this review is as thorough and comprehensive as possible.

“We have a clear responsibility to seek, understand and, where we can, accommodate the opinions and experiences of as many different people from within and around the professions and the public as possible. I would urge my fellow vets and vet nurses to please find some time to consider these issues very carefully over the coming weeks and months, and to send us their views.”

The review will comprise several key stages and is expected to take around 12 months to complete. The outline timetable, which may be subject to change, is as follows:

To support and promote the various stages of the review the College is also planning a programme of stakeholder engagement, and will also provide regular updates on progress to both Council and the wider profession.

Members of the professions and the public will be able to follow the progress of the review via its dedicated webpage.