At the meeting of RCVS Council on Thursday 4 June 2020, members agreed to consult on a set of recommendations that would see wide-scale changes to the legislative framework governing the regulation of the veterinary professions. 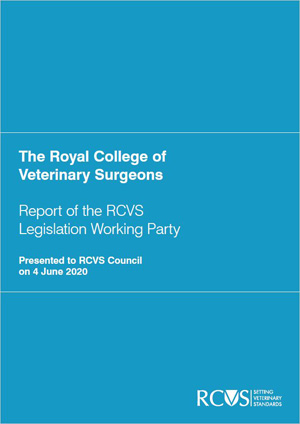 The Report of the Legislation Working Party (LWP) contained a series of recommendations on the shape of the future legislation governing the veterinary professions and the principles that would underpin this legislation, such as the need for greater clarity, the incorporation of the entire vet-led team under one regulatory banner, and introducing greater flexibility and future-proofing.

The LWP was set up in 2017 to consider the principles governing any new legislation affecting veterinary regulation and come up with recommendations for what innovations could and should be included in any future replacement for the Veterinary Surgeons Act 1966. The group comprises members of RCVS Council, RCVS staff and representatives from the British Veterinary Association and the British Veterinary Nursing Association, and has also made extensive use of external advice from other regulators and experts.

Some of the key individual recommendations include: 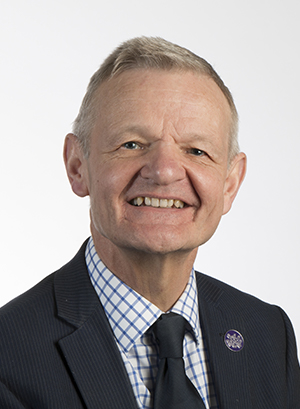 Professor Stephen May [pictured], RCVS Council member and Chair of the LWP since its inception in 2017, said: “The scale of the changes that are recommended in this report are very significant indeed and, if implemented via new primary legislation, would really change the face of veterinary regulation, bringing it up to date with that of other healthcare professions, and ironing out many of the oddities and closing many of the gaps in our current regulatory regime.

“Changes to the legislative framework for veterinary regulation have been mooted for some time. While the Veterinary Surgeons Act 1966 has served the profession well for over 50 years, and we have been able to make some changes to it – for example, reducing the size of Council, the separation of the Disciplinary Committee from Council and introducing the concept of delegation to veterinary nurses via Schedule 3 of the Act. However, there are limits to how much we can continue to tinker around the edges, and it has become increasingly clear that new legislation is needed if we are to make progress.

“I have been very grateful to my colleagues on the Legislation Working Party for their hard-work over the past three years. There has been a lot of robust debate on how we can move veterinary regulation forward, but ultimately we have a consensus that there are significant deficiencies, imperfections and blind-spots in the current regime and, in order to ensure that the professions are able to best fulfil their mandate to protect animal health and welfare, and that the RCVS is able to meet its mission to set, uphold and advance veterinary standards, significant changes are needed.

“I am delighted that members of RCVS Council have agreed to put our recommendations to a full consultation and I look forward to seeing how this report and its, sometimes quite radical, recommendations will spark important debate of these big ideas.”

A full public consultation process on the recommendations is expected to take place later this year. After this has taken place, and depending on its outcome, and Council’s final decision on how to proceed, a full set of proposals on legislative reform will be put to the Department for the Environment, Food & Rural Affairs in the hope of seeking support for new legislation.

While RCVS Council approved, in principle, the report as a whole, there was a separate debate on some of the report’s recommendations concerning reform to the RCVS disciplinary regime which do not require changes to primary legislation, but could be made through powers granted to the College via its 2015 Royal Charter. Further details on this will be announced separately.

The full LWP Report is available to download, and a blog from Professor Stephen May explains in more detail the workings of the LWP and the rationale behind its recommendations.