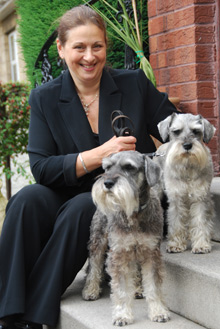 A retiring RCVS Council member is among those in the veterinary world who have had their achievements recognised in the Queen’s Birthday Honours.

Caroline Freedman, an appointee to Council from the University of Edinburgh since 2005, received a British Empire Medal for services to animal welfare in Edinburgh.

Three veterinary surgeons were also awarded OBEs in the Queen’s Birthday Honours – Sarah Cleaveland, Professor of Comparative Epidemiology at the University of Glasgow, was honoured for her contribution to veterinary epidemiology; Robert Houston, former Chief Veterinary Officer for Northern Ireland, was recognised for services to veterinary science in the country; and Professor Julie Fitzpatrick, the Scientific Director of the Moredun Research Institute and Chief Executive of the Moredun Foundation, was honoured for services to animal health and science.

Commenting on the awards RCVS President Colonel Neil Smith said: “I am delighted to see these very deserving people from the veterinary world receive their due recognition in this year’s Birthday Honours.

“During her time on Council Caroline has provided a greatly valued lay perspective on the veterinary issues of the day and I am pleased that she will continue to give her valuable insight to the organisation through the Practice Standards Group.

“Professor Cleaveland is our guest speaker at this year’s RCVS Day where she will be speaking about her vital work in tackling zoonotic diseases on an international basis, so I am delighted to see that her contribution to human and animal health is being recognised.

“In addition, Bert Houston and Professor Fitzpatrick have contributed a great deal to both the veterinary profession and animal welfare in UK, with the latter being a member of our former Research Subcommittee."