DC reprimands vet for dishonesty over his drink driving conviction

A veterinary surgeon based in the Republic of Ireland has been reprimanded by the RCVS Disciplinary Committee for giving false information to the RCVS about his conviction for driving while over the limit.

Dr Vanja Fures MRCVS was convicted in the Dublin Criminal Courts of Justice in the Republic of Ireland on 20 December 2018 of driving with excess alcohol and the Disciplinary Committee heard that, on or about 14 April 2020 while renewing his UK RCVS registration, he had given the RCVS false details about the facts relating to the circumstances that led to his conviction.

Following Dr Fures declaring his conviction to the RCVS, the RCVS Chief Investigator requested that he provide a summary of the circumstances of the offence. Dr Fures responded by confirming that his flight from Frankfurt to Dublin on 11 December 2017 had suffered engine failure and the pilot had been forced to land in Amsterdam where the plane had been swapped for an airworthy one onto which the passengers, including Dr Fures, had transferred. As a result of the incident and the emergency landing, Dr Fures’ arrival in Dublin had been delayed and that this led him to be stressed and to have several alcoholic drinks during the flight.

The RCVS Chief Investigator undertook an investigation into Dr Fures explanation, including liaising with the airline Lufthansa. As a result of the inquiries and research it became clear that whilst Dr Fures’ flight had suffered a delay in its initial departure time causing it to arrive 1 hour and 9 minutes late it had not, as stated by Dr Fures in his written response, suffered engine failure requiring an emergency landing in Amsterdam with the transfer of passengers. On the contrary it had been a direct and uninterrupted flight.

In May and July 2020, the RCVS Chief Investigator wrote to Dr Fures setting out the result of his investigations and research. In his responses Dr Fures accepted that his memory of the incident was wrong.

At the outset of the hearing Dr Fures made an application to the Committee enter into undertakings to voluntarily remove himself from the UK Register and to not apply to re-join. However, the Committee decided not to accept these undertakings in part on the basis that he was not of retirement age and intended to continue to practise in Ireland. Furthermore, the Committee considered that, if it were to accept his undertakings, then there would be no judgement or findings that could be passed on to the Veterinary Council of Ireland, the RCVS equivalent in Ireland, for consideration via its own disciplinary procedures. 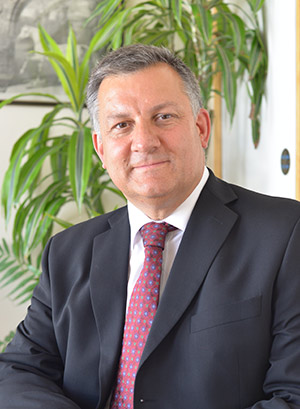 Ian Arundale (pictured), chairing the Committee and speaking on its behalf, commented: “The Committee decided that this is a case in which the public interest, confidence in the profession, and, potentially, the welfare of animals, demands that there be a full hearing, with determinations made by the Disciplinary Committee.

“Taking into account proportionality, and weighing in the balance the public interest, the interests of justice, as well as the interests of both parties, the Committee decided not to accede to the respondent’s application.”

Having made its determination on his application, the Committee went on to consider the facts of the case. Dr Fures admitted that he had supplied the RCVS with false information about his conviction for drink driving but denied that this was dishonest at the time that he supplied the information. He accepted that the information he provided was wrong, in that his flight between Frankfurt and Dublin, while delayed by just over an hour, did not have to land in Amsterdam as he had previously claimed.

“The Committee was of the view that Dr Fures’ actions in dishonestly giving false details to his regulator was serious. While it was the case that there was no actual harm or risk to animals arising out of his conduct, the Committee took into account that the dishonest account was given deliberately."

However, the Committee was not persuaded that there was any other explanation in this case, other than that Dr Fures gave false information to the RCVS. The Committee was satisfied that Dr Fures actions were dishonest and had been an attempt to paint a picture of a far more difficult and stressful journey than had actually occurred and was trying to excuse and mitigate his behaviour at the time. The Committee determined that he was trying to mislead the RCVS by providing an untrue account and found that he had been deliberately dishonest regarding the circumstances of his conviction.

The Committee then considered if the admitted and proven charges amounted to serious professional misconduct.

Ian Arundale, explaining why the Committee found that both charges amounted to serious professional misconduct, said: “The Committee was of the view that Dr Fures’ actions in dishonestly giving false details to his regulator was serious. While it was the case that there was no actual harm or risk to animals arising out of his conduct, the Committee took into account that the dishonest account was given deliberately.

“In addition, it was sustained, in that it was relied upon and expanded upon on several occasions when the College sought further clarity. Dr Fures had the opportunity to correct the situation, and give the truthful account, but he did not do so. The dishonesty was designed to achieve personal gain to Dr Fures, in that he wished to minimise the actions which the College may take against him, and, in consequence, safeguard his career.

“Dr Fures’ action in dishonestly giving false information to his regulator struck at the heart of his obligation, as a registered professional, to be open and honest with his regulator. This obligation is necessary to allow the College, as regulator, to carry out its crucial and statutory functions in ensuring that it investigates concerns properly.”

"The Committee concluded that both a reprimand as to the dishonest conduct and a warning as to any future conduct is sufficient and proportionate in this case to meet the need to maintain public confidence in the profession and uphold proper standards.”

In considering the sanction for Dr Fures, the Committee took into account the mitigating factors, including the fact that there were no previous regulatory findings against Dr Fures or any previous conviction for dishonesty, that he had demonstrated remorse for his actions, that there was no actual harm or risk of harm to any animal, that no concerns raised about Dr Fures’ practice, that there was no repetition of the dishonest conduct and that he had demonstrated some insight.

However, in terms of aggravating factors it considered that there was deliberate and sustained dishonesty and that he had sought personal gain as a result of his actions.

After considering various options, the Committee decided that a reprimand and warning as to future conduct was the most appropriate sanction for Dr Fures.

Ian Arundale explained: “The Committee took the view that a finding of dishonesty is a serious matter, which will remain on his regulatory record. The Committee weighed demands of the public interest, the mitigating and aggravating factors, as well as the level of dishonesty, the degree of insight shown, and the low risk of repetition. The Committee concluded that both a reprimand as to the dishonest conduct and a warning as to any future conduct is sufficient and proportionate in this case to meet the need to maintain public confidence in the profession and uphold proper standards.”

Please note: this news story is intended to be a summary to assist in understanding the case and the Committee's decision and does not form part of the decision itself. To read the full documentation visit our dedicated Disciplinary Committee hearing webpage.