Original article reproduced with the kind permission of the Vet Record.

The case for reform 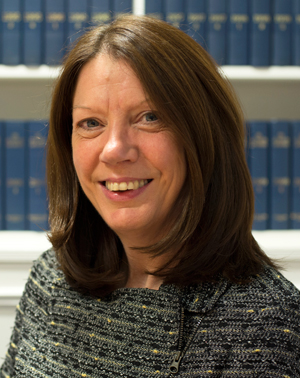 The Legislation Working Party (LWP) report contains a range of proposals to create a full ‘fitness to practise’ (FTP) system for the veterinary professions (VR, 22/29 August 2020, vol 186, p 140–141). As with many other LWP proposals, this system would require new primary legislation to implement in full. Primary legislation can take a long time to achieve; even if the government were in favour of a new Act, it could take several years to pass through parliament.

However, the RCVS has also identified a number of reforms that would form part of an FTP system but which could be achieved without new primary legislation, and in some cases without new legislation at all. One option is to pursue these reforms in the short term; this would bring the RCVS closer to best practice at the earliest opportunity without the need to wait a lengthy period to deliver ‘the full package’, and could be pursued without losing sight of the longer-term ambition of full reform.

When the LWP recommendations are consulted on later this year, respondents will be given the opportunity to comment on these ‘short-term’ proposals and indicate whether the RCVS should seek to implement these changes where possible at the earliest opportunity, or only as part of a full package of reforms.

The RCVS is in a small minority of UK regulators – and the only major regulator – that still applies the criminal standard of proof (‘beyond reasonable doubt/so as to be sure’), when deciding the facts of a case. Other regulators have now moved to the civil standard (‘the balance of probabilities/more likely than not’). The civil standard is also used by veterinary regulators in New Zealand, Australia, Canada and South Africa, often underpinned by court rulings concerning the appropriate standard of proof.

In light of the primary purpose of regulation – the protection of the public, not the punishment of an individual – the civil standard is considered to be the more appropriate standard of proof. As the Law Commission explained in its 2014 report on the regulation of health and social care professionals in England, ‘it is not acceptable that a registrant who is more likely than not to be a danger to the public [or, more often in the case of the veterinary profession, to animals], should be allowed to continue practising because a panel is not certain that he or she is such a danger’.

The standard of proof used by a disciplinary process applies only to proving the facts of the case. If the standard was changed from criminal to civil within the current disciplinary structure (as opposed to a more comprehensive move to replace ‘serious professional misconduct’ with a FTP system), the question of whether what has occurred amounts to serious professional misconduct would remain, as now, a matter for the judgement of the tribunal. More often than not, it is this that is the key question facing the tribunal rather than a dispute about facts.

Changing to a civil standard of proof would not be changing from ‘being sure’ to having no standard at all, as is sometimes perceived, nor is it the introduction of ‘easy’ prosecutions, where each and every allegation made by a complainant is simply accepted. Respondents would still be entitled to full legal representation and be entitled to challenge any evidential assertions in the course of a hearing.

A change to the standard of proof also does not mean that matters would not continue to be robustly investigated.

Similarly to changing the standard of proof, proposals that could be implemented in the near term have been developed to deal with cases (other than those dealt with by the college’s existing health and performance protocols) that cross the threshold for a disciplinary case, and where there is a strong public interest case or a need to protect the reputation of the profession, but where the likely outcome is either a finding of misconduct and no further action, a reprimand, or a warning. A full hearing is arguably disproportionate in these cases, as well as costly.

By using the wide powers available to the RCVS under its 2015 Charter, it is proposed that an additional system – the Charter Case Protocol (CCP) – is created to facilitate giving published warnings in appropriate cases, where a veterinary surgeon or nurse could be subject to a warning that is separate from the statutory process. The RCVS concerns process would run as it does now, however, in cases where the threshold for a referral to the disciplinary committee (DC) has been crossed, the preliminary investigation committee (PIC) would decide whether it was appropriate to refer the matter via the CCP for conclusion.

The CCP would require the RCVS to establish a new charter case committee (CCC), the remit of which would be to conclude cases referred to it by the PIC. The CCC would have a defined and limited range of disposals available to it; these could include issuing, for example:

If new evidence were to come to light that suggested the matter might be more serious than the PIC initially determined, the CCC would have the power to refer the matter back to the PIC for further consideration and/or investigation, which could, ultimately, lead to a DC hearing.

A further short-term proposal not requiring legislation has been developed to introduce ‘mini PICs’. Schedule 2 of the Veterinary Surgeons Act states that the PIC must have no fewer than nine and no more than 15 members, with a quorum of three – of whom one must be a lay member and one must be a registrant.

Currently there are 10 members appointed to PIC. Historically, all 10 sat for each of its monthly meetings. However, this became increasingly unwieldy and, from January 2018, the number was reduced to five members but with the committee meeting every fortnight. There is, however, nothing to stop the full quotient of 15 members being appointed and to apply the quorum of three, ie, to have five ‘mini PICs’.

Mini PICs would retain a robust process, but one that was speedier and more streamlined, with greater clarity in explaining decisions for both the public and the profession; this would be beneficial for the mental health and wellbeing of all parties.

Please keep an eye out for the consultation later this year, where you will have the opportunity to comment on all of the proposals outlined in this article.