During July and August, Vet Record is publishing a series of features about the key recommendations contained in the recent report of the RCVS Legislation Working Party (LWP), from some of those who were directly involved in making them. In the second of this series, veterinary nurse member of RCVS Council Liz Cox (pictured below) discusses the LWP’s recommendations around the principle of paraprofessional regulation.

Original article: reproduced below with kind permission of Vet Record 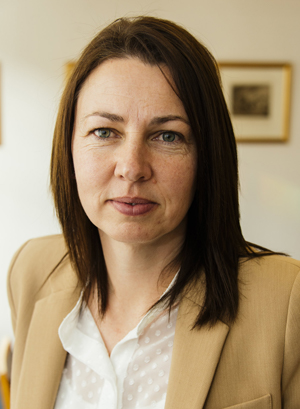 One key principle behind the RCVS Legislation Working Party’s (LWP’s) work was that the vet-led team should fall under a single regulatory umbrella.

This principle was founded in the conclusions of a 2019 report to Defra, which followed a comprehensive review of the existing exemption orders regime, which allows some simple acts of veterinary surgery to be undertaken by lay people following appropriate training. That review concluded that paraprofessional work needed a much stronger legislative underpinning than at present, and also explored how paraprofessionals could be regulated under the existing Veterinary Surgeons Act (VSA) 1966 to underpin standards.

The LWP defined the ‘vet-led team’ as ‘appropriately regulated professionals, including veterinary nurses, working under the direction of a veterinary surgeon, to protect animal health and welfare’. The LWP proposes the adoption of a model of paraprofessional regulation similar to that of the General Dental Council (GDC), allowing the RCVS to regulate all members of the vet-led team, and to create greater evidence-led flexibility over what can be delegated to these allied professionals.

Statutory regulation of the vet-led team

The LWP agreed with earlier recommendations that it was especially important for legislation to be amended to underpin the work of those paraprofessions whose work amounts to acts of veterinary surgery. Many of these groups are currently working in a legal ‘grey area’. Some have no legal underpinning at all, others are included in exemption orders but their work – or the training required to do it – is too substantial to be underpinned in this way.

The 2019 report attempted to address the issue of paraprofessionals by making proposals that could potentially be achieved by reforming the existing VSA. However, the legal advice on whether this could be achieved in practice was inconclusive – it is possible it would ‘stretch’ the VSA too far from its original purpose to be acceptable to legislators. Further, a limited adaptation of the VSA would still leave an inflexible system without built-in future proofing. For instance, any new paraprofession requiring legislative underpinning (such as a possible formal vet tech role) would require even more legislation to achieve – a lengthy and uncertain process. This contrasts with regulatory regimes like the GDC’s, which is able to add new paraprofessions to its regulatory remit via more straightforward ‘Section 60 orders’ under the Health and Social Care Act.

The LWP therefore recommends that new legislation should provide flexibility to allow the RCVS to give legal and regulatory underpinning to new paraprofessions whose work amounts to veterinary surgery without recourse to new legislation. This should be full statutory regulation, which could include measures to allow ‘grandfathering’ to ensure that no-one is denied the right to a livelihood, much as existing practitioners were grandfathered by the early VSAs. As with vet nurses, these paraprofessions would then be considered to be ‘allied professions’ in their own right.

The RCVS already has a longstanding recommendation that the title ‘veterinary nurse’ should be legally protected to prevent its use by unqualified, unregulated individuals. The protection of professional titles gives clarity and assurance to the public and prevents untrained individuals from claiming expertise they do not have. It is a long-overdue measure that vet nurses well deserve. The LWP report reaffirms this recommendation, and further recommends that protection of title be extended to any new paraprofessions that fall under the RCVS’s regulatory umbrella.

The LWP continues to believe that, by default, acts of veterinary surgery should be reserved to vets. At present, new legislation is required if the RCVS council determines that additional acts of veterinary surgery can be undertaken by a properly regulated and supervised paraprofession. This is too restrictive, inflexible and burdensome. Modern regulatory regimes, such as those for social workers under the Social Workers Regulations 2018, allow regulators to determine which tasks should be eligible for delegation from the lead profession to a paraprofession where such delegation can be fully justified and evidenced. This would likely be subject to rules concerning consultation requirements and approval by the secretary of state.

The LWP also accepted that some paraprofessionals could be part of the vet-led team without necessarily being employed by a vet. While the legal underpinning for their activities is not yet in place, this is already the case with some paraprofessions such as equine dental technicians whose work can consist of veterinary surgery which could require delegation by a vet.

At present, Schedule 3 of the VSA restricts such delegation to allied professionals (currently only vet nurses) who are in the employ of the delegating vet. The LWP recommends that this restriction be removed. In practice, this would allow a ‘district veterinary nurse’ model in which vet nurses could help clients to administer treatment to their pets at home under the direction of a vet who was not their employer. The vet nurse would be working ‘with but not for’ a vet practice.

Decoupling direction from employment would avoid a potential double standard relative to other paraprofessions, and help to better use vet nurses to their full potential in the interests of animal health and welfare.

Expanding the role of vet nurses

The RCVS is proud of its regulation of vet nurses, who play an essential part in the vet-led team, and the LWP is keen to allow vet nurses to expand their role. In addition to the measures explained earlier, the LWP also recommends a number of specific expansions of the vet nurse role.

One of these expansions should be the extension of the role in anaesthesia. RCVS council has already approved a recommendation to increase the role of vet nurses in the induction and maintenance of anaesthesia, but the LWP’s proposals would allow the vet nurse to ‘assist in all aspects of anaesthesia under supervision’, pursuant to an animal-specific protocol. This would increase the utilisation of vet nurses while freeing up vets’ time.

In addition, the LWP considered the results of the survey conducted by the Schedule 3 working party back in 2017, which showed support among both vets and vet nurses for allowing nurses to undertake cat castrations, a procedure currently restricted by Schedule 3 of the VSA.

The LWP was aware that vet nurses had been able to carry out this task in the past, and was curious as to why it had been stopped. Having reviewed the history of the legislation, it became clear the change was introduced in 1988, when in order to protect animal health and welfare, untrained lay people were prevented from carrying out numerous acts of veterinary surgery. Before this, cat castrations had been carried out legally by lay people (including the precursor to vet nurses – animal nursing auxiliaries).

When the 1988 statutory instrument was introduced, the term ‘vet nurse’ had only been in use for four years, and the reforms to Schedule 3 to formalise the vet nurse role and allow them to undertake minor acts of veterinary surgery were still three years away. The non-statutory register of vet nurses would not be introduced for another 19 years. Since then, things have moved on considerably. Vet nurses are now a fully fledged allied profession, regulated by the RCVS under its royal charter powers.

Vet nurses are no longer the ‘lay people’ whom the statutory instrument targeted in 1988. The LWP therefore concluded that it is not right that vet nurses continue to be caught up in restrictions aimed at untrained people, and they should be able to undertake this task under veterinary direction and supervision.

The RCVS is also exploring additional options for enhancing the vet nurse role that do not require changes to the VSA.

Research is currently being carried out into the risks and opportunities of a potential ‘vet nurse prescriber’ role that could allow vet nurses to prescribe certain routine medicines that are currently restricted to veterinary surgeons.

Recommendations may be brought to council for decision in due course, based on the results of this research.

Liz Cox is a registered veterinary nurse (VN) and works for IVC Evidensia as its group nursing adviser.

She is an elected member of the RCVS veterinary nurses council, serving as its chair from 2015–2018, and was one of the first VN members of RCVS council.

As well as working on various committees and working groups, including VN Futures, and chairing the Schedule 3 review working party, she is also a member of RCVS Knowledge’s quality improvement panel.

Liz has a wide range of experience, having worked for single-handed practice and large veterinary hospitals, and for both private and corporate groups and Bristol university. She is passionate about the vet nursing profession and its future.

She has a particular interest in the utilisation and development of VNs’ skills and knowledge in practice, and is keen to encourage VNs to drive and develop their own profession.