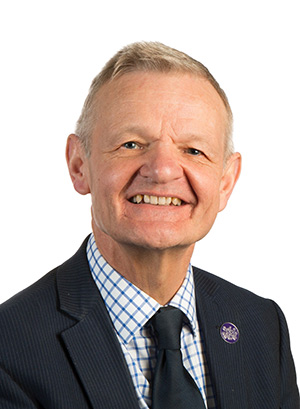 Stephen May graduated from Cambridge in 1980. After spending time as a large animal house surgeon at Liverpool and in general practice, he undertook further training in equine surgery and diagnostic imaging, at Liverpool, subsequently gaining Diplomas in Veterinary Radiology and Equine Orthopaedics.

In 1997, he became Head of the Farm Animal and Equine Clinical Department. He was appointed the College’s Vice-Principal for Teaching from 2000 to 2013, held the post of Deputy Principal from 2004 to 2017, and is currently Senior Vice-Principal and Professor of Education.

His broader contributions include chairing the Higher Education Academy UK Teaching Excellence Award Panel. Until recently he was President and then Senior Vice-President of the European Board of Veterinary Specialisation, and served on their Executive Committee for six years from 2011 to 2017. He is a past President of the European College of Veterinary Surgeons. In 2011, Stephen was awarded the prestigious Miegunyah Fellowship of the University of Melbourne.

Having come from a clinical and applied research background, Stephen set about converting himself into an “educationalist”, adding generic educational theory and discipline-related pedagogical research to his largely empirical teaching skills!

He was challenged to expand the College’s educational vision from a training school for veterinary surgeons to an educational academy for the whole veterinary team, both at first degree and also postgraduate degree and CPD levels. New Bachelors, Masters and professional certificate programmes have followed, alongside radical development of the BVetMed itself.

At every stage, attempts have been made to inform change with best practice from elsewhere, and research the impact and efficacy of changes that have been made. Notable achievements have been developments in assessment and learning, in communication and technical skills, and distance and blended learning models of delivery.

Appointments to other bodies

Membership of other veterinary or allied organisations