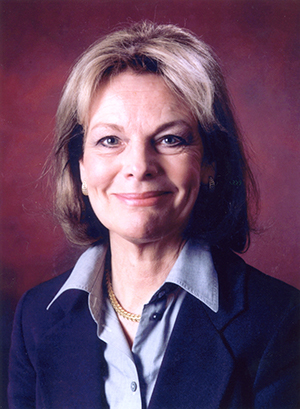 Judith Worthington is a former non-executive director and vice chair of the University Hospitals of Leicester NHS Trust and now chairs its consultant appointment panels. She has extensive governance experience in profession regulation as a former lay member of the Council for Healthcare Regulation (now the Professional Standards Authority), the General Medical Council, the General Pharmaceutical Council and the General Chiropractic Council.

Judith is now a member of the Medical Practitioners Tribunal Service Committee, the board responsible for the fitness to practice function for doctors. She chairs the Strategic Risk Committee at CILEX Regulation and is an independent member of the Bar Standards Board's Governance, Risk and Audit committee.

Judith has a particular interest in individual and team performance and is a member of the Royal College of Surgeons invited review team and participates in individual assessments of the performance of doctors, dentists and pharmacists for NHS Resolution.

She is a member of the board of the AECC University College, a small higher education institute specialising in healthcare education and chairs its audit committee.

Judith is a magistrate and was court chair of the adult courts and family proceedings panels in Leicester and Leicestershire. Her professional background is in Human Resources, education and training.

Appointments to other bodies

Membership of other veterinary or allied organisations

Professional background as teacher and lecturer in Chemistry and Physics and various roles in education and training, examining and inspection.

Diploma in Child Protection, King’s College London and The London School of Economics)