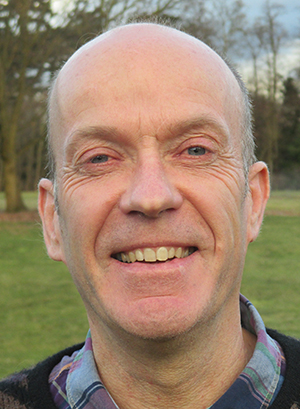 Whilst studying chemistry I was offered a place at Liverpool. Before starting, I worked for ICI in Johannesburg to save up. Since graduating in 1992, I’ve worked in SA, equine and mixed practices. Mainly UK, also Cape Town, Melbourne and Sydney (obtaining dual British/Australian citizenship).

In March 2010 I opened Companion Care Oxford (as employee/director/shareholder). After 14 month’s suspension, March 2014 I was dismissed. My shares were valued at minus £276 531 at date of dismissal. An Employment Tribunal later ruled unfair dismissal, wrongful dismissal and no contributory fault. 2012-2015 I was signed off with stress for about 36 months.

In November 2015 my shares were bought by compulsory purchase for £60. Having taken professional valuer advice, I believe they have a substantial positive value. Despite a solicitor’s letter, the corporate buyer won’t agree to a fresh valuation. Much of my initial motivation for standing for Council began with my experience of corporate practice.

I’ve a London School of Theology degree, currently studying for a distance MA in LA. My present focus is reconciling the archaeological & DNA evidence for hominids with the biblical account of Adam. I enjoy mountain and road cycling, skiing, underwater hockey, mountaineering and flute playing.

Since 2017 I’ve been standing to promote justice, integrity, accountability, diligence and freedom of speech within the RCVS, thereby the profession. In my view, my attempts to illuminate such areas has been met with obstructiveness, leading to four legal disputes costing the RCVS over £100,000 and me about £20,000. Issues have included censorship of my manifesto (I allege for political reasons), alleged poor investigation of my complaints about RVN misconduct, alleged lack of internal accountability at the RCVS, alleged wasting of MsRCVS money and alleged failure to take mental health issues seriously. (None have in any way related to my professional conduct; I’ve been in good standing since graduating). The RCVS insist they’re above reproach in all these areas.

The recent Legislative Reform Report raises a raft of fresh concerns, especially paras 42-51. Troublingly, the proposed changes mandate no imposed sanction for those found guilty of SPM if they’re deemed currently fit to practice. Conversely, they potentially condemn the innocent: First, by empowering the RCVS to restrict the right to practice prior to any hearing, based on what might later prove to be unfounded or malicious allegations. Second, by lowering the standard of proof at that hearing. All this is wrong.

Contrast the disenfranchisement of vets with the growing enfranchisement of the corporates—no comment or recommendations in the report. To illustrate, one council member is also a non-executive director of a corporate. Given the possibility of conflicts of interests generally, greater transparency would be appropriate. More concretely, in my valuation dispute with a corporate, I’ve been advised that it could potentially cost £200, 000 to bring proceedings. Such sums are unaffordable to most vets, but at 0.2% of annual profits, small change to the corporate. So in practice, “justice” is predicated upon financial muscle. Vote JD for ethical governance!