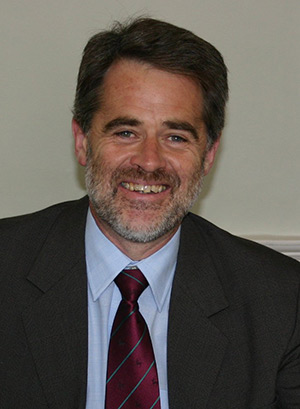 Nick Blayney qualified from Liverpool University in 1980 and has been in full-time first opinion mixed practice ever since. After ten years working in Herefordshire he purchased a two-centre practice in Warwickshire, adding a third site and running, as sole principal, a five person practice until he sold in 2014.

An interest in the affairs of the profession led to a spell on SPVS Council and a four-year term as its Hon Sec, as well as serving on BVA Council and as Chairman of the BVA Members’ Services Committee.

In 2007-8 Nick served as President of the British Veterinary Association. The period involved a brief encounter with FMD, review of the Veterinary Surgeons’ Act, for which he gave evidence to the Parliamentary Select Committee, the incursion of bluetongue, for which he served on the DEFRA Core Group.

A spell as a member of the Federation of Veterinarians of Europe (FVE) involved presenting the UK profession’s position on the review of the PET Travel Scheme.

An Honorary Member of the Kennel Club, Nick acts as a veterinary consultant to Channel Four’s Crufts coverage and he sits as Chairman of the Kennel Club’s Dog Health Group, a panel which advises the Club on canine genetic health.

He also sits on the NOAH Code of Conduct Committee.