Challenges facing the UK veterinary profession over the next 10 years 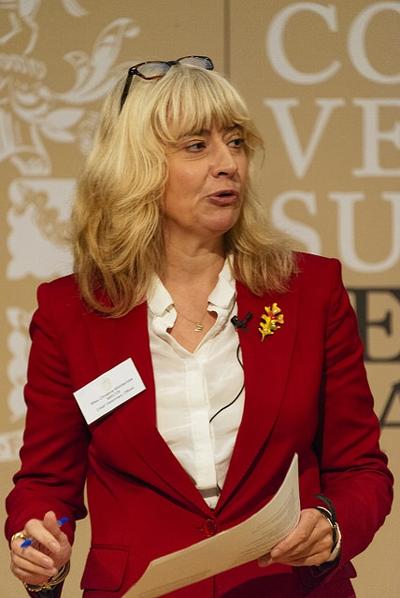 “I admit to not being an expert in anything in my role – I know a little about lots and lots of things,” said the UK’s Chief Veterinary Officer (CVO), Christine Middlemiss, guest speaker at RCVS Fellowship Day. She explained that the essence of her role was pulling information together, making sense of it and then communicating it as advice to ministers, the media and other interested parties.

Vets were lucky to have such diverse career opportunities open to them, she said. Being a vet in government had not been part of her original career plan; her ambition on graduating from Glasgow had been to go into mixed practice, but problems with her back meant she eventually had to find a different role. Having helped during the foot-and-mouth disease epidemic of 2001, she decided that working in government would be something that she could do. She had now been a government vet for just over 10 years and had enjoyed the challenge of using her ‘vet brain’ to make a difference. As CVO, she believed she needed to promote the role of government vets and the important work that they did.

However, all elements of the profession, whether that was vets in government, vets in practice or veterinary researchers, benefited from the contributions of others. One of the challenges for her as CVO was to improve team working across the whole spectrum of the profession and to enhance understanding of the value of each part.

Discussing some of the wider challenges that lay ahead, she said the UK’s imminent exit from the EU in March 2019 made for ‘interesting times’ and government was busy preparing for different scenarios. Shifting international allegiances and changing relationships between countries could lead to both opportunities and challenges in terms of trade.

A further challenge lay in the speed with which information could appear in the public domain, especially through social media. This was particularly challenging when dealing with a new and emerging situation, when there was little time to gather and analyse factual details before it became public knowledge. However, it was vital that people got the right information so that confidence was maintained in the UK’s food safety, disease control and animal health and welfare systems.

Global finances were also a challenge; they affected global trade and, ultimately, market prices, farm gate prices and the health of the rural economy.
There were other big challenges, too, Christine said. Antimicrobial resistance (AMR) was an increasingly important priority for everyone, as was zoonotic disease, the environment and climate change. People had moved around the world, taking animals with them, for as long as they had had the means to do so. But, today, more people were moving more quickly and more often than ever before. This affected risk pathways and disease spread.

As CVO, she relied on the work being done by others to be warned about, and to understand, what was going on so she could tailor this into advice for ministers.

So, in the next 10 years, how might the profession help tackle these challenges?

“I truly believe that vets bring a huge number of skills to this space,” she said. “There’s the complex problem solving that we learn at university and practise daily. There’s our science background and understanding. We’re all communicators, whatever field we work in.”

Michael Gove, Defra’s then Secretary of State, had been very clear that the UK would maintain its world-leading status and high standards in animal health and welfare following its exit from the EU and would raise those standards. However, Christine said, it was all very well talking about these standards, but where would the evidence to support them come from? Such evidence would be vital in striking new trade deals and in maintaining existing trade arrangements. People needed to understand what a high animal health and welfare status looked like.

Part of the evidence would come through surveillance and it was important to talk coherently about the UK’s animal health and welfare status as a whole. To this end, the four UK CVOs (representing the UK as a whole and then Northern Ireland, Scotland and Wales respectively) had set up the UK Surveillance Forum. Surveillance was not just about the new and emerging diseases, or the diagnoses from postmortem examinations, it also encompassed horizon scanning, international disease monitoring and statutory surveillance in terms of exotic and notifiable diseases. The UK was quite advanced in assessing and mitigating risk, and this was ‘a good news story to be able to tell’, but she wanted to be able to talk to trade partners about the whole UK surveillance system and give them more information about the health and welfare of the UK animal population.

In the past, the government had not taken a great deal of interest in non-statutory endemic diseases, and it had been left to the farming industry and veterinary practitioners to tackle them. But, with the global challenges of environment, energy use and AMR, alongside the importance of productivity and resilience of UK farm businesses, there would also be increasing government focus on endemic disease. “It’s not about government doing it all and funding everything and telling everyone what to do,” she said. Rather, the emphasis would be on partnership working, with the government doing the things that only it could do and adding value to industry. Reducing the endemic disease burden would improve farm-level productivity and help mitigate the global challenges.

Within this, vets would be very important. Their role as trusted advisers on farms meant that they could explain why something was a good thing to do, not just for society, but also for the farmers themselves. She re-emphasised the need to work in harmony as an integrated team across the whole spectrum of the profession to fulfil this successfully, “rather than government in one space doing their thing, and vets in the field in another space doing theirs.”

It was all very well to say that the UK had world-leading animal health and welfare status, but set against this was the problem of bovine TB (bTB). She was looking forward to the findings of a review of the government’s 25-year bTB strategy, which had been led by Professor Sir Charles Godfray. The review had assessed the current bTB situation and what would need to be done to ramp up efforts to achieve eradication of the disease in England in the next 20 years. It had examined factors such as disease detection, how to stop bTB moving from farm to farm, how to reward people who were taking the right steps to deal with it, and how to pick out those who ‘were letting the side down’.

The importance of the strategic role of vets in food security, public health and facilitating trade was gaining increased recognition within government, she said. One of the silver linings of the UK’s exit from the EU was that the stock of vets and awareness of the value they added had never been greater. However, there was a challenge around veterinary capacity and capability and Defra was working with the RCVS and BVA to think about how to deal with this challenge in the future. There were the more immediate ‘day 1’ challenges, such as the potential increased requirement for export health certificates following the EU exit, but if the UK was to have the science and evidence it needed to underpin the animal health status that was so important to trade, there was a need for vets throughout the whole system.

“So, how do I encourage more people to come and work in government? How do we get more vets involved in the livestock system, with food safety, and so on? How do we encourage people to stay in the profession?” she asked.

“There are a lot of challenges ahead,” she concluded. “I think that, fundamentally, we are very well placed to manage and deal with them, but we need to look out for and after each other in that process.”

Following her speech, Christine took questions on a range of subjects including ‘red lines’ for who should be able to sign export health certificates, the future of funding for research after the EU exit, AMR, badgers and bovine TB, communication, and the potential for a new Veterinary Surgeons Act.