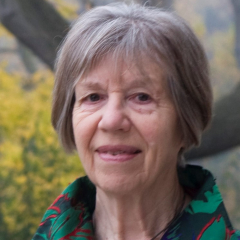 The practise of veterinary and human medicine is based on scientific knowledge about living organisms. This has recently advanced very fast, providing new investigative tools to explore previous hypotheses and generate new paradigms. Humans are just one animal species; comparative studies – in anatomy, physiology, pathology, genetics, immunology – provide information about structures and functions shared across the animal kingdom.

Education for practitioners of veterinary and human medicine needs to include the ‘one medicine’ concept. It is underpinned by knowledge about normal development and physiology, how this can be derailed by disease and how combatted by prevention and treatment. Investigation the cause of outbreaks of new diseases, like BSE, Sars, Mers, Zika and COVID-19 depends on microbiologists, epidemiologists, immunologists and public health experts. The same is true for combatting rabies, tuberculosis, AIDS and insect-transmitted viral & parasite zoonoses.

Veterinary graduates are not well represented in these basic and applied specialities, where their knowledge of whole animal physiology and pathology allows them to make a unique contribution. To do so requires postgraduate training outside the area of veterinary specialisms. Veterinary Schools recruit very high calibre students but do not always stretch their imagination and curiosity by exposure to ideas and career paths outside those of clinical practitioners. The broader options need to be explored by veterinary and medical students within their curriculum, emphasising basic science as underpinning biomedicine and by interaction with leading scientists who can open new doors, intellectually and providing access to postgraduate training establishments in Universities, Institutes and industry.

If elected as Vice-Chair I would encourage the fellowship to raise the profile of the veterinary profession by broadening student access to intercalated degrees and research training fellowships. By opening doors to careers in biomedical science their skills would contribute to interdisciplinary efforts to solve serious problems.